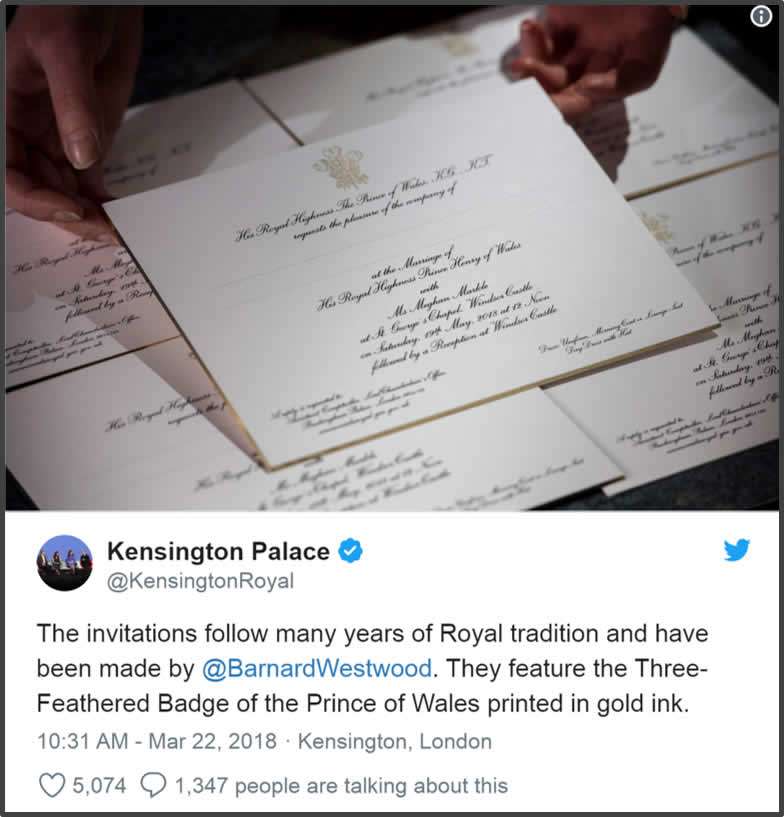 Many of us are all secretly (or not-so-secretly) fascinated by the British Royal Family, as proven by the number of people who watched the Royal Wedding.

At Athens, we couldn’t help but be curious about the invitation.

How many were produced? What paper was used? How was it printed? Fortunately for us, Kensington Palace shared details on Twitter.

Let’s start with quantity. In the name of His Royal Highness, The Prince of Wales, the palace sent out 600 invitations for Prince Harry and Megan Markle’s May 19th nuptials.

Lottie Small, who recently completed her apprenticeship, produced the invitations using a process known as die stamping, on a machine from the 1930s that she affectionately nicknamed, “Maude.” The invitations were printed in gold and black, then burnished to bring out the shine, and gilded around the edge.

The palace also shared that the invitations were printed with American ink on English card stockmanufactured by James Cropper Speciality Paper. James Cropper opened their doors in 1845, and are considered England’s leading manufacturer of specialty paper, colored stock, and bespoke paper products.