Containment force sounds like the title of one of the summer’s big movies, but these two words are actually a stretch wrapping term. It’s defined as the squeezing pressure applied to a load from the combined effect of all the layers of film.

Weight and the required amount of stability define the right amount of containment force for a load. Without enough containment force, loads shift during transport. Shifting can make it difficult to unload your product when it reaches its destination, or even cause damage. 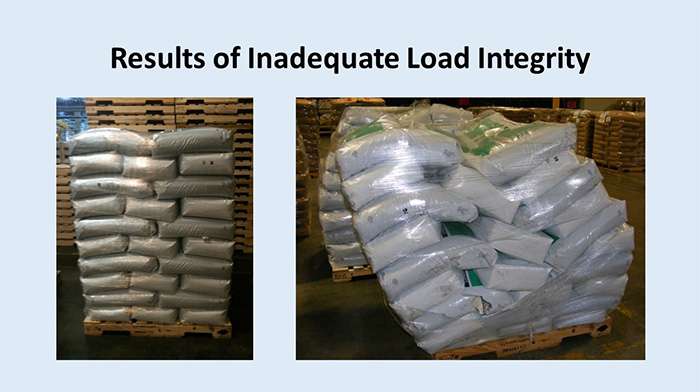 In the picture to the left, the load has been palletized and stretch wrapped. When the stretch film was applied, it was not properly pre-stretched to its memory level. The result after transit is a failed load.

Are there formulas for determining the right amount of containment force for a load? Yes. Your Athens rep can help you evaluate factors including:

Once you have calculated the recommended containment force to meet your objectives, we can also test to determine what you are actually achieving in your facility.